To-Do List vs. Have-Done List Like most people, when I was in school, I had to-do lists. I would write them down at the beginning of the day, and more often than not, I wouldn’t get to check everything off at the end of the day. My lists were always so long – I always had so many things I wanted to do, and I would feel myself getting anxious as I wrote them because I knew it was likely that I wouldn’t get to everything. When I graduated college and started working, my ritual of making a daily To-Do list carried over to my job. Check my email, make the weekly report, attend meetings…the list would go on and on. Even when I thought I would accomplish everything on my list, there was always more to add. I never felt complete at the end of the day as I reviewed my To-Do list, measuring my worth by how many items I could check off. We’re always so focused on what we have to do. And sometimes, that’s a good thing. It keeps us organized, on task, motivated – but other times, it can be detrimental. Think about it – if every day you start off by telling yourself a long list of things you need to do to be successful, how are you supposed to feel at the end of the day when there are more items on the list than whe n you started?   Not particularly good, is what I found. The Change Instead of focusing on all the things I didn’t get to in the day, why couldn’t I highlight all the great things I did do – big or small? That’s when I got the idea to start a Have-Done list. It might sound silly, but making a Have-Done list – listing everything you’ve done in a day, can greatly impact your mental health, especially in today’s environment. Who doesn’t like to feel like they accomplished something? Who doesn’t love the feeling of checking off all the items on a list for the day? I decided that this would be my new nighttime ritual – creating a Have-Done list for the day. I started this habit a few years ago and I kept up with it for a while, before it became second nature. Then, I started to decrease the amount of times I made my Have-Done list. Rather than list out everything I did every day, I used my Have-Done list technique to cheer me up if I was having a rough time. For instance, if I was stressed about work and didn’t feel like I finished all my tasks, I would make a mental note to write down my Have-Done list later that night. Some nights, it was easy to focus on the positive and find all the things I did in a day: Send birthday gift to Mom – DONE Do the laundry – DONE Go food shopping – DONE Other nights it wasn’t so easy. I struggled to find things that I felt like I accomplished. But on those nights, rather than giving up, I sat with my notebook that my friend had given me just because, and I wouldn’t let myself get up until I had at least three things written down. My rule was, it couldn’t be the same three things that I wrote another day that week either, forcing me to come up with new ideas each night. When Things Get Hard Here’s an example of what I might list out on those hard days: Brushed my teeth – DONE Got dressed – DONE Took out the garbage – DONE Just taking the time to list out those three things and crossing them off made me feel like my day was worth it, even if it didn’t seem like it before. I told everyone I knew about my new ritual for bad days. I explained how the process worked and I urged them to try it if they were feeling particularly lazy or unproductive. “But what if I didn’t do anything productive that day?” My friend would ask me. And I would reply, “You did. It might just take you some time to see it.” There’s More to it Think about all the things you do in a day – even if you don’t see them as productive. Now, frame each of those things in a positive light. That’s the second part of the Have-Done list. For example: Took a 30-minute nap to catch up on sleep – DONE Watched 5 hours of TV because work has been stressful, and I needed to unwind this weekend – DONE Ate three meals and three snacks for the first time this week – DONE It’s all about letting yourself know that you believe you made your day worthwhile. It’s about acknowledging all the little things maybe you didn’t have to do, but you DID. Now, I’m not saying to scratch your To-Do lists, because there’s a time and a place for those too – but I will say that if your goal is to give yourself a true gift, then start making your Have-Done lists. Start small – maybe once a week to get the hang of it. I promise you’ll notice a difference. Tell us about your experience making a Have-Done list vs. a To-Do list in the comments below! 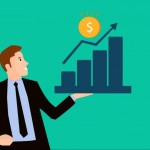